THE CALL & COMMISSION OF APOSTLE NUMBERE Apostle Geoffrey Dabibi Numbere was born again on Sunday, 11 May 1969 at the Chapel of the Ibadan Campus of the University of Ife (now Obafemi Awolowo University) through a powerful sermon preached by Rev (Dr.) Mike Oye. Apostle Numbere was then a geology student. Shortly after his conversion, a prophet of God, Pastor S. G. Elton, came to the campus. An elderly British missionary, Pastor Elton was a father and mentor to virtually all the indigenous pioneer Pentecostal and evangelical Ministries that God raised up in Nigeria in the early 1970’s.

Pastor Elton prophesied over Apostle Numbere that God called him to serve Him and to be an instrument of deliverance to his people in Rivers State. But Numbere, being a young convert, did not understand and therefore did not take him seriously. On 3 March 1970, while he was on his knees praying, he had an hour long vision in which the Lord Jesus Christ appeared to him and took him up to three heavens. At the Lord’s prompting, he looked down and saw a vast open plain field, jam-packed with human beings in a stooping kneeling position with their faces on the ground (like the posture of Muslims in prayer). As they went up the plain, the crowds increased with each tier. At the second tier as he saw the crowd, he became afraid and began to run away as fast as he could. The Lord allowed him to run out his strength. Then he picked him up, brought him to His side and took him up to the third tier.

Then the Lord spoke to Apostle Numbere to look again at this crowd and said to him, “These are all my creatures that are perishing. It is not my pleasure that as many as these of my creatures should perish”. Apostle Numbere asked the Lord, “What would you want me to do?” “Go, raise their faces that they may look up to me and that they might live,” replied the Lord. To another question as to where he might start from, the Lord replied, “Anywhere”. The Lord’s parting words to him were, “I have chosen you, but be humble.”

Apostle Numbere came out of this vision and discovered that he was still on his knees in his hostel room. One full hour had lapsed and he had missed his lectures. He sat back on his bed, pondering over this vision over and over again. All interest in academic pursuit was lost and he knew his days in the University were numbered. He left the University at the end of the session and went up to northern Nigeria and picked up a teaching appointment in the wilderness of Gumel, Kano State (now in Jigawa state) a predominantly Muslim enclave. There, he led many souls, especially Muslims to the Lord and started the first Christian church in his pallor which he later handed over to the Evangelical Church of West Africa (ECWA). He returned to Port Harcourt (Capital of Rivers State) after a three-years sojourn in the North. The Lord appeared to him several times, teaching and instructing him of the great task ahead. 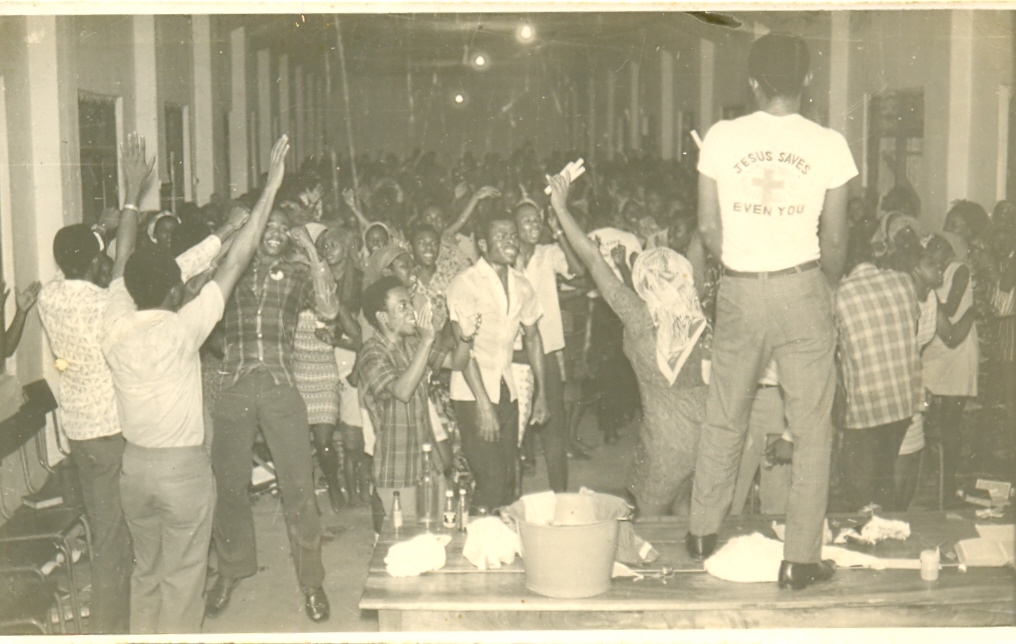 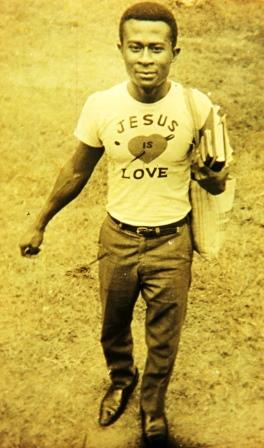 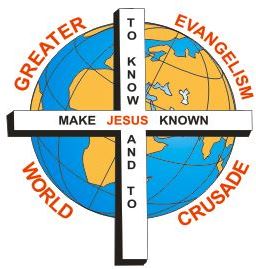 The vision was clear – Greater Evangelism has three main phases of her mission just like the vision of Apostle Numbere’s call in which the Lord took him to three tiers of heaven. The Ministry is to span over Nigeria, Africa and the rest of the world. With just the scanty clothes on him and a raffia bag containing his Bible and tracts as his only earthly possessions, he struck out to the field, beginning with Rivers State, his own Jerusalem and Judea.

Apostle G. D. Numbere was called and commissioned by God, while he was a geology student at the University of Ife. In absolute obedience, he abandoned his cherished academic career to answer the divine call of God to which he devoted all his passion, strength and resources for 45 years (1969 – 2014). During this period, he took the gospel to many countries in Africa, USA, Europe and the Far East.

The founding Father and founding International Director of the Ministry of Greater Evangelism World Crusade, who pioneered, indigenous Pentecostal evangelism in the North and in the old Rivers State (now Rivers and Bayelsa States of Nigeria).

He was a Bible teacher, and extraordinarily bold and fearless preacher. He affected many lives through his books, newspaper articles, radio and Television program: “Caught Up”, etc. He was also one of the founding fathers of the Christian Association of Nigeria, Rivers State and South-South Nigeria.

He lived a happy and successful family life. God blessed him and his wife: Pastor (Dr.) Nonyem E. Numbere – a medical doctor, author and conference speaker with five children and grand-children.

Apostle Numbere used varieties of media, such as: National and International Radio and Television stations to reach-out to wider audiences of diverse colors and races with the gospel, some of these include:

Apostle Numbere, had many national and international appointments, awards / recognitions, and served his State (Rivers State) and Country (Nigeria) in various capacities, some of which are: